This post is a continuation of how the faith of Noah spoke to me, as he was cited on Hebrews 11:7. If you haven’t read the first part of this post, please read that one first here.

By faith Noah,
being warned by God
concerning events as yet unseen,
in reverent fear constructed an ark
for the saving of his household.
By this he condemned the world
and became an heir of the righteousness
that comes by faith.
Hebrews 11:7

A couple of times the Bible says Noah did just as God had commanded. It was a ginormous task, one that has never been done before in the history of all mankind. God gave the details. Noah followed God’s instructions—nothing more, nothing less.

They say that NASA could lay three space shuttles on top of the ark, nose-to-tail, and its height is taller than a modern four-story building. That’s overwhelmingly humongous. What seemingly insurmountable situation are you faced with today? You see, if the burden is from the Lord, there is grace to finish it and to finish strong, no matter how hard or how long the season takes.

Noah and his family built the ark for, some say 50, 60, 75, 100 years including the time to gather food and have all the animals enter the ark. When they finally used the ark, they used it for only over a year. When you’ve been where you are for seven, eight, ten, twenty years and then suddenly God tells you that it’s time to do something or go someplace else, are you going to drop everything and go? Do we trust Him that much?

We obey because we know God. When we find it difficult to obey, i.e., drop everything and go right away, it shows that we do not know God enough and so we don’t trust Him enough. Sometimes it’s not just strength or courage that we need; sometimes we simply need to know God more so that we can trust Him more. If you’re in this situation, ask God to reveal more of who He is to you so that you can trust Him more and you can obey.

After everybody entered the ark, including the animals, the Bible says the Lord shut the door behind them. When the Lord instructs, obey. Drop everything and go right away, no turning back.

Speaking of animals, Genesis 7:8-9 says that it was the animals that came to Noah and entered the ark. Oh what a sight to behold!!! If I were part of the team building the ark, after fifty years of building and building without hint of flooding, finally I get to see what I can consider as confirmation that I am indeed doing what God wants me to do: after the ark was ready, after the last nail was hammered into place, all kinds of animals come from nowhere, orderly lined up and started to enter the ark pair by pair just as God had told Noah.

The animals wouldn’t have come if Noah wasn’t done building the ark. Some of us want to see wonders right away, but have we first obeyed? Some of us have been asking for tangible confirmations from God when He’s been asking us to take one step forward and only from that vantage point will we see that tangible confirmation. When we obey, we put ourselves in the position to see God’s wonders.

A life of obedience is honored by God. God is not in a hurry. He chose to use Noah that even while it took Noah a century to be ready for the flood, God was not impatient in wiping out what grieved His heart. It is my strong belief that if you are living a life of obedience out of a genuine relationship with God, we will not miss His best for us and He will not delay. His timing is always perfect.

…for the saving of his household.

Only Noah was cited in the Bible to have found favor in the eyes of God during Noah’s time and yet, because of his obedience, his whole family got saved from the flood. Even way back then, God’s heart has always been for the whole household of those who walk with Him!

By this he condemned the world…

Obedience sets us apart. Without saying a word, the world sees who our God is through the life that we live.

…and became an heir of the righteousness that comes by faith.

After the flood had subsided and they had found dry land, Noah built an altar to the Lord (Genesis 8:20). At the end of it all, it’s all about God. 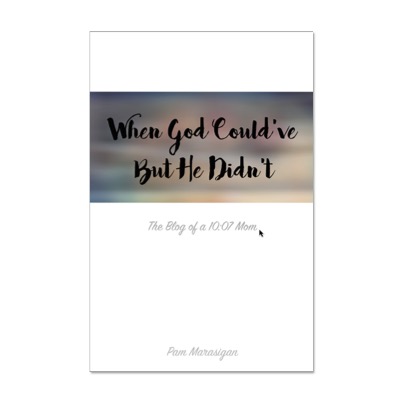